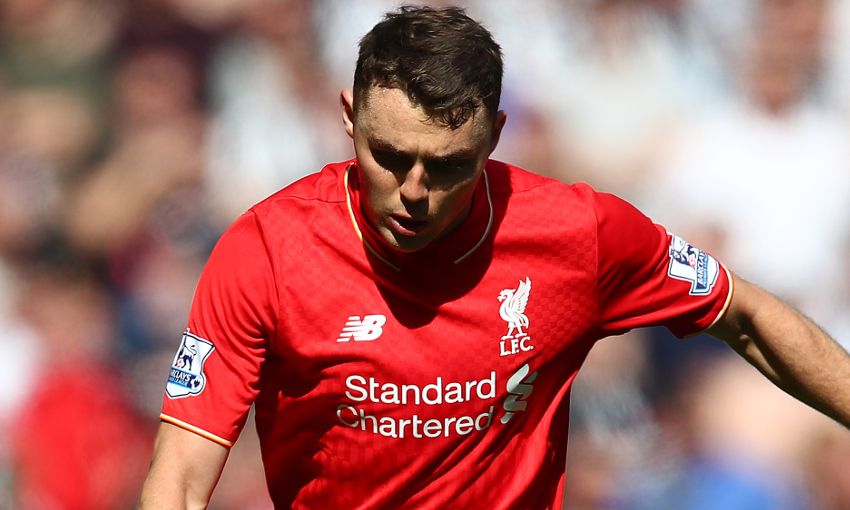 When Liverpool confirmed on Tuesday their mouth-watering pre-season friendly with Barcelona would be played in August this summer, Connor Randall’s phone quickly buzzed into life.

The Reds announced earlier this week they will take on the Spanish giants at the national stadium in the International Champions Cup on August 6.

Within moments, Randall’s mobile was inundated with text messages from friends – and the young defender is hoping he can be a part of what’s sure to be a highly-enjoyable experience for all involved, both on the pitch and in the stands.

He told Sky Sports: "A few of my mates texted me when it was announced and it's a big motivation for everyone because it's two massive clubs playing at Wembley Stadium.

"Everyone will be coming back trying to impress the manager but to be involved would be unbelievable. It's going to be a great match and games like that are what you play the game for."

Randall’s immediate priority is with Liverpool U21s and their post-season tour of the United States.

The right-back was involved on Wednesday night as Michael Beale’s side played out a 2-2 draw with Sacramento Republic FC in Nevada – a game that meant the Reds were the first Premier League club to ever visit the US state.

"We weren't aware of it before we came out but it was a big moment and it's always good to make a bit of history," said Randall.

"We're on the other side of the world but loads of people have come to watch us train, showing all the lads how big this club is and what it means to play for Liverpool.

"The support is massive everywhere and it reminds us how lucky we are to be a part of it. It spurs me on and hopefully I can be involved when the first-team return to America at the end of July."

2015-16 proved a watershed campaign for Randall, who made his breakthrough into the first-team set-up and tallied a total of seven run-outs under the tutelage of Jürgen Klopp.

"It's been a fantastic season for me and if someone had told me it would pan out like this, I probably wouldn't have believed them," the 20-year-old added.

"It's a bit of a blur looking back on my debut now because it was all I ever wanted and it was a pretty surreal moment. I was also in the last year of my deal and getting a new contract was definitely my goal, so I was very pleased with that.

"Now it's about getting my head down and working hard to keep to continue to pushing on and improve as a player. That's my goal ahead of the new season."

Tickets for Liverpool's game with Barcelona at Wembley will go on sale for LFC season ticket holders and Members via www.ticketmaster.co.uk on June 1 at 10am.

A general sale will commence at 10am on Friday June 3. Ticket prices will start from £26 for adults, with junior tickets priced £15.

Click here for the latest news on Liverpool’s pre-season schedule.

Randall: That was the perfect step up for us

Getting to Know: Connor Randall