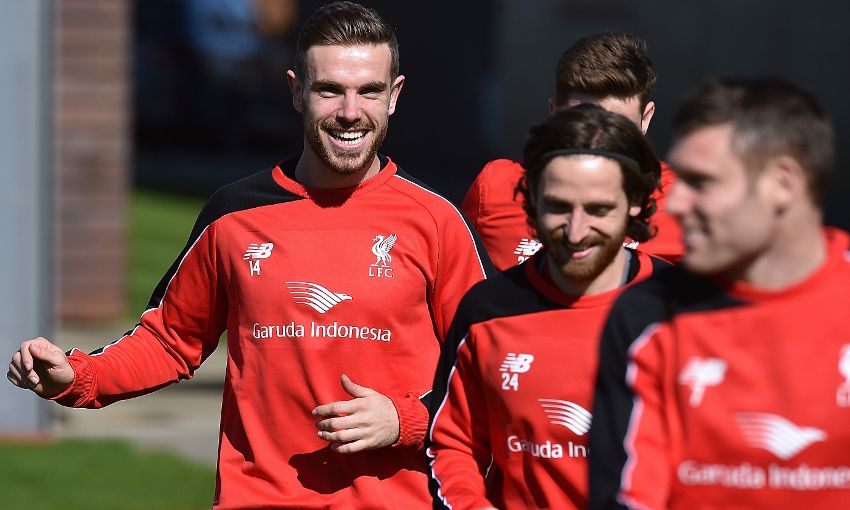 Jordan Henderson expects the calibre of opposition lined up for Liverpool in pre-season to ensure the players are ready to hit the ground running for the start of 2016-17.

The Reds will return to America this summer to once again participate in the International Champions Cup, facing Chelsea and AC Milan in California at the end of July.

This year, their third tournament fixture will be played back in England and at Wembley – where a mouthwatering meeting with Spanish giants FC Barcelona is set for August 6.

It is shaping up to be a tough but intriguing series of games and one the team can relish, with Henderson confident that the level of difficulty can have long-term benefits.

The captain told Liverpoolfc.com: “You want to be playing against good teams in pre-season, to get you in the best shape and in the right mindset come the start of the season.

“The teams we’re playing will be very good and it’ll put us in good condition come the first game.

“It’s really important that you have competitive games in pre-season; you don’t want it becoming a friendly match or a bit too easy. You’d rather it be a difficult game and more competitive, and I’m sure we’ll get that this pre-season.

“Obviously the Barcelona one will stand out to a lot of people. I think everybody will be looking forward to that one.

Henderson added: “Pre-season is always good at Liverpool. Wherever you go, the fans are incredible – whether that’s Australia, America or anywhere. It’s brilliant.

“I’m sure it will be the same, if not better, this time. We’re going to some good places and playing some good teams, so everybody is looking forward to it.”

Click here for the latest news on Liverpool’s pre-season schedule.