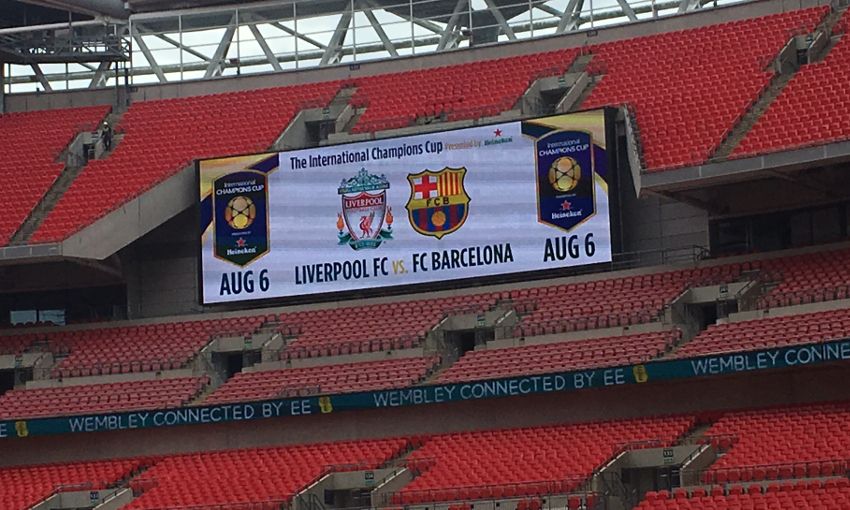 Liverpool FC today announced they will face FC Barcelona at Wembley in August as part of the International Champions Cup.

The clash, which was confirmed at a press conference at the national stadium on Tuesday afternoon, will take place on Saturday August 6, kicking off at 5pm BST.

McAllister commented: “What an incredible game to round off such a high-profile tournament - and all set under the iconic Wembley arch.

“I’m sure this game will be a great spectacle for Reds fans and football fans in general. I can’t wait.”

The Reds are one of 10 teams competing in the International Champions Cup and will play two matches in California in July before heading back to the UK to face Barcelona.

Charlie Stillitano, chairman of Relevent Sports, said: “Barcelona and Liverpool are two of the biggest football clubs in the world.

“The ability to have these two powerhouse clubs compete is what the ICC is all about and truly an honour. Bringing these clubs and the ICC to Wembley Stadium is an incredible mark of the growth of the tournament in only four years.”

Tickets for the game will go on sale for LFC season ticket holders and Members via www.ticketmaster.co.uk on June 1 at 10am.

A general sale will commence at 10am on Friday June 3. Ticket prices will start from £26 for adults, with junior tickets priced £15.