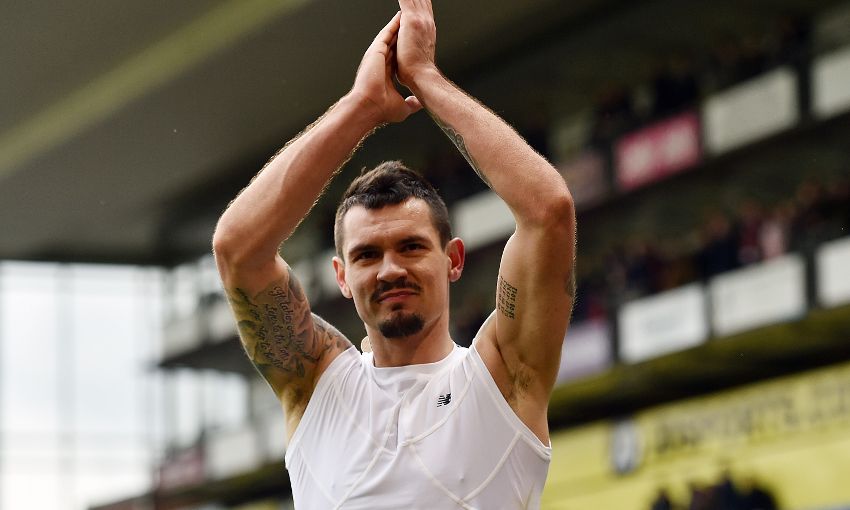 With Liverpool set to return to the USA for another pre-season tour this summer, Dejan Lovren reveals he 'can't wait' to go Stateside for the first time in his life.

The Reds will participate in the 2016 International Champions Cup, playing two of their three matches in sunny California.

Liverpool competed in the ICC back in 2014 and reached the final, and the scenes from that visit to America have left Lovren especially eager to be involved this time.

"It's good to travel all around the world to see our fans and to see a different culture outside," the defender told Liverpoolfc.com.

"It will also be my first time in the US. It's definitely something completely new for me, so it will be interesting to see the life there and the fans - I think they know a lot about Liverpool.

"We have the red famous shirts, so a lot of soccer fans will be there at the stadium for us. I saw it two years [ago] when they had a pre-season there - it was massive, a lot of fans from the US in Liverpool shirts, it's great to see that.

"I really enjoy being with the team, so it will definitely be a great experience for every one of us there with the manager and the first pre-season with him.

"I have never been in the US but I've heard so many beautiful things about the stadiums, about the lovely people there - they are really welcoming. It's great to be there, I can't wait.

"I heard about California, Los Angeles, a lot of good things. For me it will be something new and, hopefully, I will remember this for all my life."

Following the team's return to the UK, they will then face Spanish giants Barcelona at a European venue on August 6.

Lovren believes coming up against high-calibre opposition before the beginning of a campaign can only be a good thing.

The 26-year-old added: "It's always good to play against the big teams in the pre-season, so you see your qualities, where you are.

Click here for more information about the International Champions Cup.