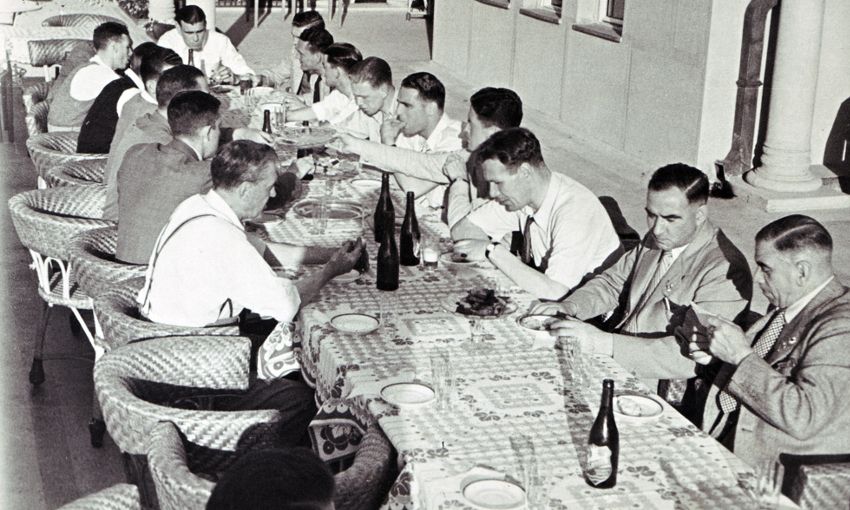 Reds to return to USA for 2016 International Champions Cup

Liverpool will return to the United States to compete in the International Champions Cup this summer, but how much do you know about the club's first visit to America? Here's the story...

When the Reds were crowned champions of England for the fifth time in 1947 after a marathon season which was finally completed in June, there was a secret recipe to their success - steak and orange juice, courtesy of USA and Canada.

Before the dawn of sports science, however, both football clubs and their employees took a more rudimentary approach to looking after their body. Rarely has that paid off more handsomely than for the Reds in 1946.

The heavy toll of World War II had ravaged the country's resources and post-war rationing meant the quest for peak physical fitness was an almost impossible challenge for footballers.

League football was re-launched a year after the war ended and the 1946-47 championship would prove to be an epic battle of its own kind, with a harsh winter forcing postponements which would extend the season by several weeks.

That Liverpool would eventually finish ahead of the rest can in large part be attributed to a decision taken by chairman W.H. McConnell around 12 months previously.

McConnell had visited America in 1945 on catering business and, aware that his players were malnourished following six years of war, devised the idea to send the squad on a trip across the Atlantic for a pre-season boost in nutrition. Manager George Kay quickly agreed.

While a modern journey to the States can take less than eight hours by air, the Reds' 1946 tour was a serious undertaking, involving a six-day journey by sea and a total round-trip of more than 5,000 miles.

The players were away from home for eight weeks, having departed just four days after completing their 1945-46 campaign, and took part in 10 matches at eight different venues.

The staggering numbers continued on the pitch, too. Kay's team were a class above their opponents for much of the tour, winning all 10 fixtures and scoring 70 goals along the way. Jack Balmer bagged 19, Willie Fagan contributed 17 and Cyril Done got 16 of his own. 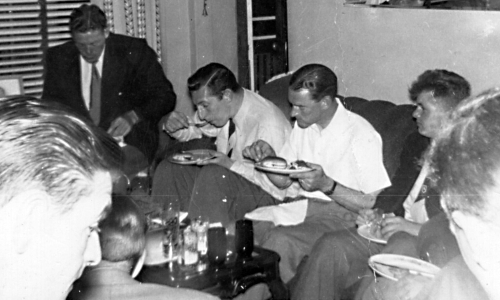 A Philadelphia Select side were thrashed 12-0, an Ulster United team fared marginally better in an 11-1 defeat and the Reds rounded off the tour by putting 10 past the American League Select.

For all that confidence was clearly boosted by the 100 per cent record, the long-term benefits of the tour would be found away from football. With the finest rich food and drink significantly more available in America than back at home, the players feasted throughout their stay.

Kay explained at the time: "You can get all the dishes anybody could possibly desire in the eating places and naturally we are taking advantage of the opportunity."

Meanwhile, one player quipped: "We've done nothing but eat."

The local press was effusive in praising the visitors. The New York State Soccer News argued the trip was 'one of the most successful soccer tours ever undertaken'.

The New York Times summarised the situation perfectly: "Liverpool came to the States for a crack at our teams and our vitamins. It was a clean sweep. The Britons swept all 10 of their matches and, like Jack Spratt and his wife, they also swept the platter clean.

"Away from the British austerity program, they plunged zestfully into our steaks, eggs, milk and other vittles. Not only was there a perceptible gain in strength on the playing field, but the squad averaged a gain in weight of seven pounds a man."

That extra weight would prove vital during the season to come as the Reds' extra fitness came to the fore as the campaign reached its climax, and Kay's men narrowly pipped Manchester United and Wolverhampton Wanderers by a single point to become England's first post-war champions.

Liverpool returned to the States again in both 1948 and 1953, albeit with less subsequent success than that historic first trip, which remains fondly remembered to this day on either side of the Atlantic.

You can read more about the 1946-47 tour of America in ‘At The End Of The Storm’, a book about Liverpool's inaugural post-war title-winning season written by Mark Platt and Gary Shaw.