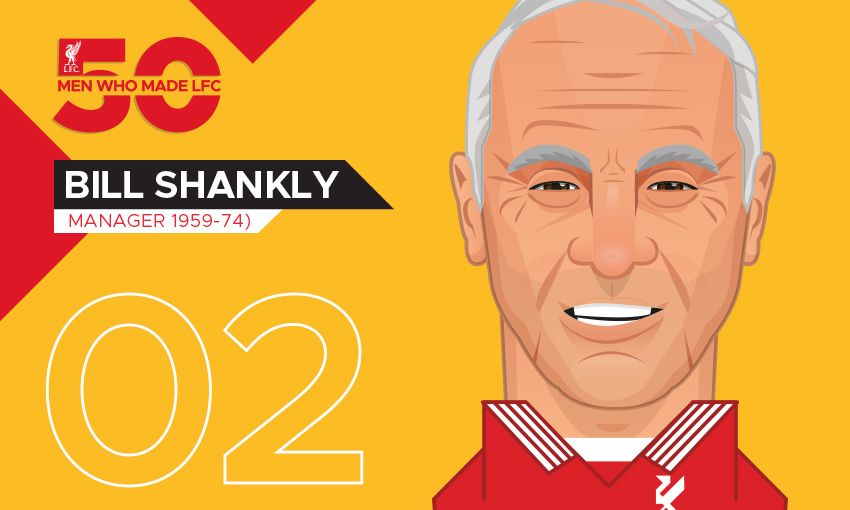 The modern-day founding father of Liverpool Football Club, Bill Shankly will forever be revered as the ultimate Anfield icon.

More than four decades have now passed since the great man last captivated the Kop but his spirit continues to touch every aspect of life at the club.

During his unforgettable 15-year reign as manager, he transformed Liverpool’s fortunes in a way not even the most optimistic of supporters could have dreamt of.

He took over a team that had been lying dormant in Division Two and turned them into Football League champions within five years.

A much-craved first FA Cup followed and so too did success in Europe, as Shankly’s red army became the bastion of invincibility he preached about.

Arguably the most-quoted football manager of all-time, his quick-witted observations added to the legend, while his infectious enthusiasm for the job unified the fans like never before.

Hardened Kopites openly wept when he sensationally announced his resignation in 1974 but the great man will never be forgotten.

50 Men Who Made LFC: Bob Paisley