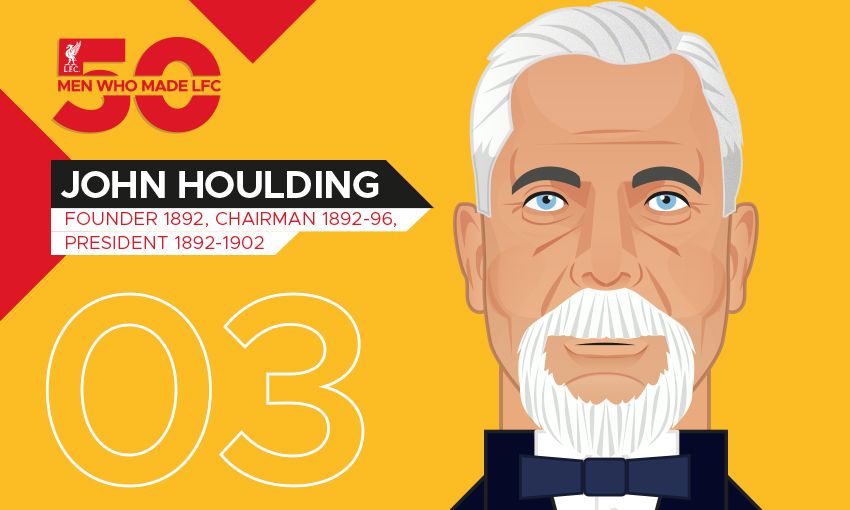 Without this man there would be no Liverpool Football Club - it's as simple as that.

A self-made local businessman and politician who would later become Lord Mayor of Liverpool, Houlding owned a brewery and string of pubs, including the now-famous Sandon.

He had been chairman of Everton until the bitter split of 1892 left him with a first-class ground but no team to play in it.

Rather than give up on football, he decided to form a new club and ploughed his own personal fortune into making it a success.

Liverpool FC was born and the rest is history.

As chairman for the first four years and president until his death in 1902, he saw the club make rapid strides; gaining election to the Football League in 1893 and becoming champions just eight years later.

Much greater success lay on the horizon but ‘King John’ had laid the all-important foundations for everything that followed.