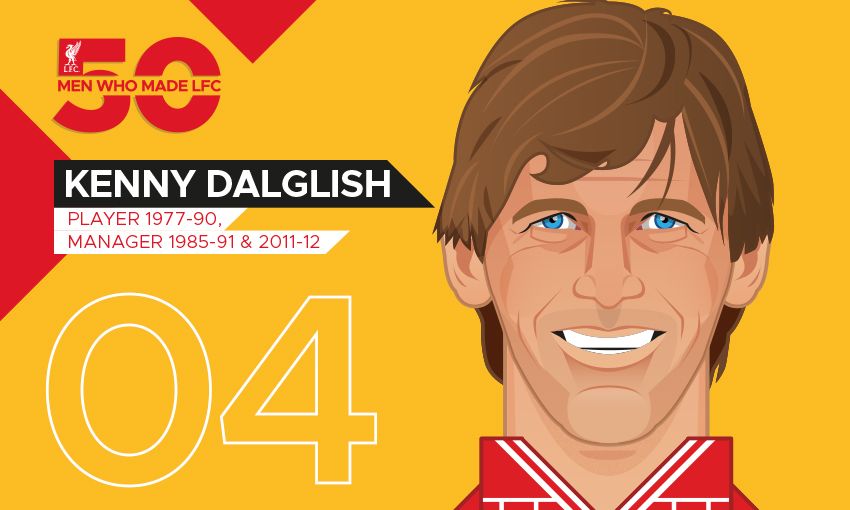 King of the Kop as player and manager, Kenny Dalglish's status among Liverpool fans is sacrosanct.

Not only did he inspire the Reds to glory in both roles, he also led from the front as the club bounced back with the utmost dignity from two horrific tragedies.

Signed from Celtic in 1977, Dalglish achieved cult-hero status on the Kop almost immediately. With the ball at his feet he was a genius and it was his goal that won the European Cup just nine months later.

A double Footballer of the Year in 1983, he was without doubt the finest British-born player of his generation.

What he went on to achieve as manager cemented his regal stature even further; the coveted double in 1986 and runaway title success of 1988 being just two of the many highlights before the dark shadow cast by Hillsborough took its toll.

During his recent second stint as manager, he delivered yet again with success in the League Cup and left with his head held high. Long live the King.