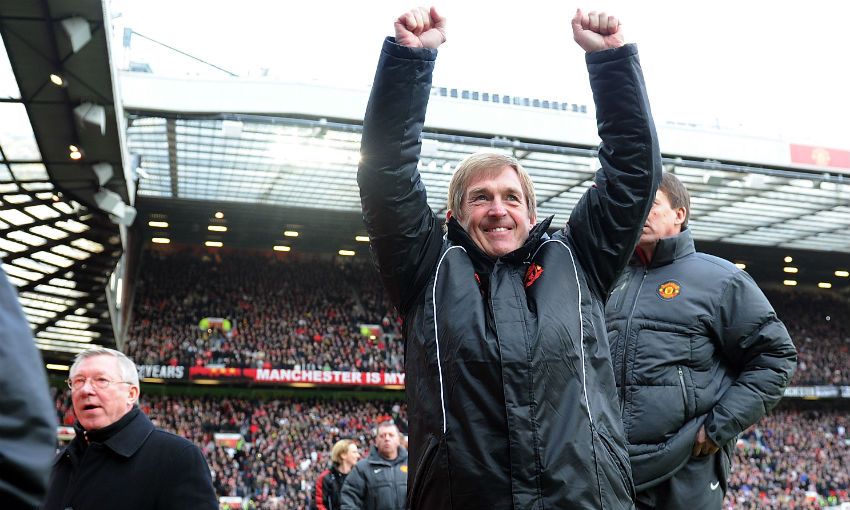 Twenty-first in the 24-strong series depicts the returning King saluting his adoring public.

As Kenny Dalglish emerged from the tunnel, everything felt right again.

Some 9,000 Liverpool fans were there, at the opposite end of Old Trafford, to welcome him.

That the Reds lost 1-0 to Manchester United in the third round of the FA Cup on January 9, 2011 almost felt inconsequential when cast against the euphoric mood that had enveloped the club for the previous 24 hours.

Dalglish’s appointment as Liverpool’s new manager - initially until the end of the season - had been announced a day earlier.

Just a few weeks shy of the 20th anniversary of a resignation that blindsided the footballing world, the King had returned.

The decision was, Dalglish said, a ‘no-brainer’.

“I came back here to work at a club that myself and my family are eternally grateful to for many things that they've done for us, and when I was asked to do it there was no way that I was going to be disrespectful and say no.”

The iconic image above captures Dalglish returning the adulation of the travelling hordes of Reds with that wonderfully familiar pose of his.