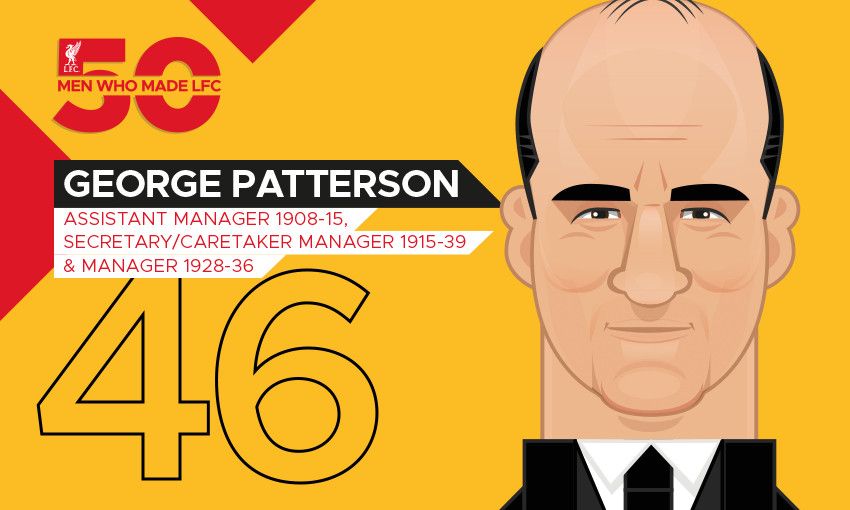 During a lengthy and distinguished Anfield career, George Patterson served the club in a wide variety of roles.

Born and bred in Liverpool, the former Marine player was recruited by the great Tom Watson in 1908, initially to serve as his assistant.

Following Watson’s death in 1915, Patterson took on the role of full-time secretary, and combined those duties with that of caretaker-manager through the war years.

In the 1920s, he assisted both Dave Ashworth and Matt McQueen – a period that saw the Reds twice crowned champions.

When McQueen resigned in 1928, Patterson stepped up to the managerial plate, and was at the helm for eight seasons.

In terms of success, it was not the most fruitful spell in Liverpool’s history but, his legacy became more evident in later years.

A number of youngsters whose Anfield careers he launched would go on to feature prominently in the Championship success of 1947.