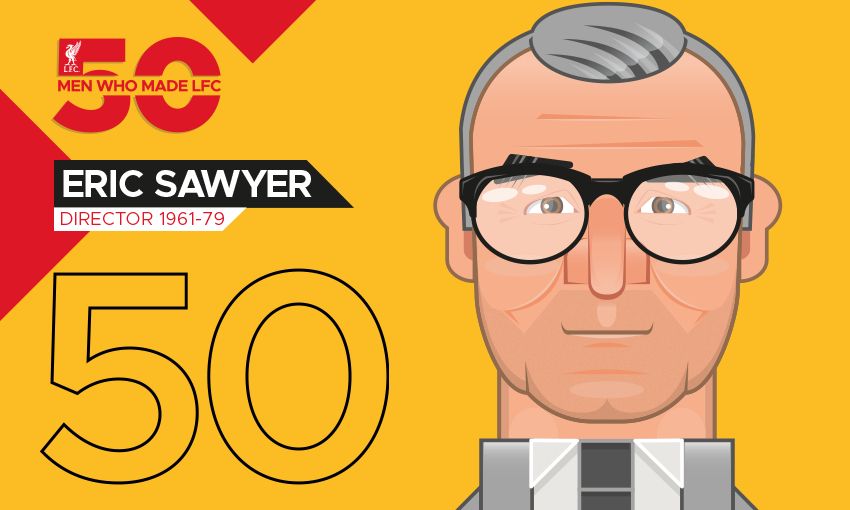 The role of Eric Sawyer in the Bill Shankly-led Liverpool revolution of the 1960s should never be underestimated.

An accountant with a shrewd business brain, he was a close aide of Littlewoods founder John Moores, chief benefactor of Everton but also a shareholder at Liverpool, who recommended him to the Anfield board.

Fortunately, they heeded Moores’ advice and, once Sawyer was installed as a director, he quickly set about persuading his fellow board members to invest in Shankly’s ambitious plans for the club.

The manager had been left frustrated following a series of failed transfer bids but, thanks to Sawyer, the purse strings were eventually loosened and in May 1961 the club’s previous record transfer was smashed when he helped push through the £37,000 purchase of Ian St John.

With the financial floodgates opened, other signings of similar ilk soon followed and, as a consequence, Liverpool’s fortunes prospered, both on and off the pitch.