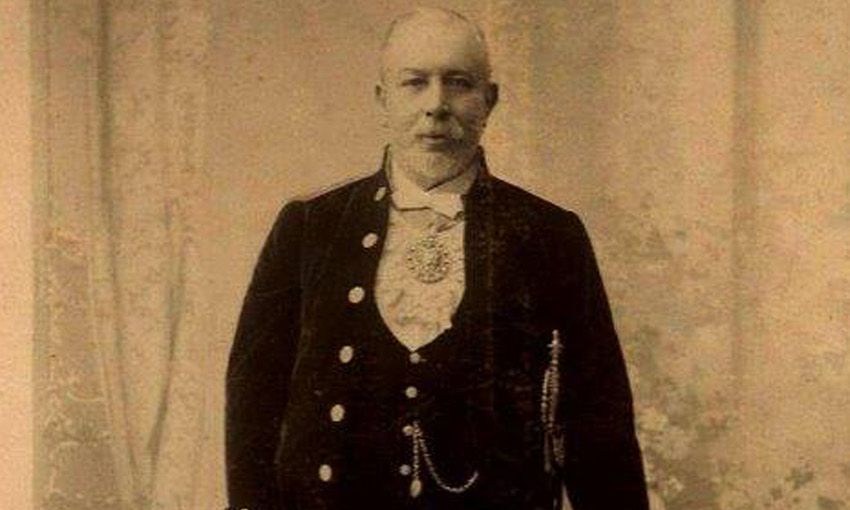 Watch: Anfield youngsters act out the birth of LFC

On this day in 1892, the decision to form Liverpool Football Club was taken.

In John Houlding’s house on Anfield Road, it was determined that a new club would be created to play at Anfield in response to the acrimonious departure of Everton.

The road to this pivotal moment was convoluted and often fraught with conflict. See a timeline of how a new club was born with our free clip below.

Or, read on for an explanation of how LFC came into being with the aid of contemporary news reports.

The people of Everton have a new place to worship as St Domingo Methodist Chapel opens its doors. Designed by Messrs. Hill and Swan and built at a cost of around £6,800, the church sits on the corner of St Domingo Vale and Breckfield Road North. As reported in the Liverpool Mercury: "The roof of the chapel is of a novel construction, formed of open laminated arched ribs, springing from stone corbels, and spanning the whole width of the chapel, thus obviating the objectionable necessity for piers and archers, yet producing an interior at once characteristic of a place of Christian worship and pleasing in its effect, and the acoustic properties will no doubt be exceedingly good."

With the aim of encouraging sporting activity in the absence of cricket during the winter months, St Domingo form a football team. Their first game is played on this day in a corner of Stanley Park and ends in a 1-0 victory over Everton Church Club. In a 33-word report published the following Monday, the Liverpool Daily Courier describes the fixture as "closely-contested".

St Domingo's burgeoning reputation attracts a number of talented players to the club from outside the parish. In response to the changing make-up of the team, it is decided at a committee meeting held at the Queen's Head Hotel that a new name is needed. It is at this point that Everton Football Club comes into existence.

In their first run-out after the name change, Everton hammer local side St Peter's 6-0.

Everton move away from Stanley Park and spend a season playing at Coney Green on Priory Road. They win their first ever trophy that year - clinching the Liverpool Cup with a 1-0 win over Earlestown on this date - but are soon on the lookout for a permanent home.

Club president John Houlding agrees a deal for Everton to lease a patch of land opposite his house on Anfield Road, which is owned by Joseph Orrell. The Liverpool Courier reported: "Everton, the Liverpool cupholders, found themselves homeless at the commencement of the season, but were fortunate in securing temporary possession of a building site in Anfield Road, which is being enclosed at considerable cost. The ground is easy of access, being in close proximity to the Sandon, the headquarters of the club; and as it admirably suited to the pastimes, it will doubtless be the most popular of our local grounds during the winter months." Everton’s first game at their new home is a 5-0 win over Earlestown.

When that land is eventually put up for sale by Orrell, Houlding purchases it outright at a cost of 5,228 pounds, 11 shillings and 11 pence. He announces the news at Everton’s annual general meeting on this day, as the Liverpool Mercury reported: “Mr. Houlding said he had purchased the ground now enclosed. He hoped full justice would be done by the public to the grand match to be played on Saturday between Everton and a picked team of the Liverpool clubs.”

At meeting of Everton's members, Houlding is forced to defend himself against accusations of using the club to further his own interests, particularly in the case of his ownership of its headquarters at the Sandon Hotel. The Liverpool Daily Post wrote: "Mr. Houlding said he was very pleased with the reception he had met with. In 1885, before he purchased the football field the Sandon Hotel was doing quite as good business as now. He did not think anyone could accuse him of having made mutiny out of outdoor sports. Mr. Orrell had the lands left to him whereas he (Houlding) had to buy his position. The efforts of the members present had caused the club to reach the very highest position. The new members forget that the old ones had built up the club."

A dispute over the amount of rent Houlding is charging Everton causes of a seismic split within the club. Representatives meet in the president’s absence to discuss the possibility of moving away from Anfield to a patch of land that would later become Goodison Park. Houlding responds by registering a new business with Companies House called Everton Football Club and Athletic Ground Company Limited. A Field Sports report on the rift read: "Mr. Houlding will naturally retain possession of the stands and other erections at Anfield Road, and this will enormously increase the cost involved in putting the Goodison Road site in fit condition for football – a project which may possibly not be undertaken after all now that events have taken an extraordinary turn."

A turbulent meeting of Everton members ends in Houlding being removed from his position as president. Field Sports wrote: "The turn of the ways has at last commenced in the history of the Everton Football Club. Worse than all, the final split has been accompanied with such an amount of personal abuse and invective and totally unnecessary insult that all hope of conciliation must now be regarded as forever set at rest, and the only thing left for impartial men to do is to wish success to the two organisations which will now rise from the ashes of the famous Everton Football Club. Nearly four hundred members of the club assisted at the ceremony of expelling the President, Mr John Houlding, from his office." Houlding is left with a ground but no team to play in it so, together with close allies William E. Barclay and John McKenna, he decides to start a new team: Liverpool.