Welcome to Liverpoolfc.com's rolling live blog for the fourth day of LFC's 2016 tour of the United States.

Remember, all the games are available on LFCTV and LFCTV GO. For full details, click here.

And that's all from another action-packed day in California. Thanks for following our updates, with everything from Jürgen Klopp up front for a Liverpool team to four legends taking the ice bath challenge.

It's well worth scrolling back through this blog to see it all.

We'll be back tomorrow...

In case you missed it earlier, enjoy our exclusive broadcast from LFC's second open training session at Stanford University in the free clip below.

But before then, check out Robbie Fowler, Luis Garcia, Gary McAllister and Ian Rush take an ice-bath challenge in our free video below...

But don't just take our word for it, make sure you check out our video coming real soon to LFCTV GO. 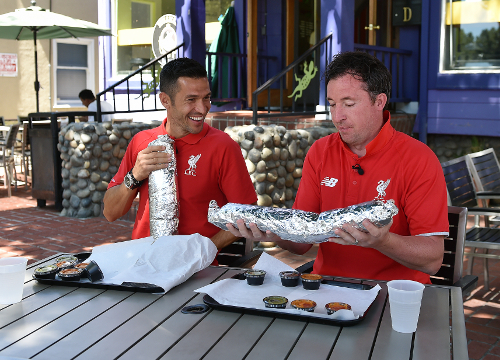 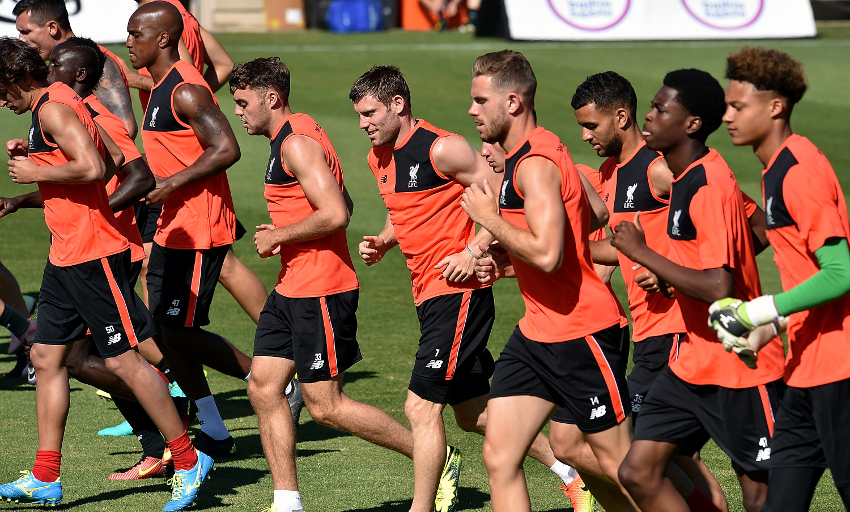 The LFC Foundation is doing some incredible work - as always - on location while the club are out on tour.

Watch our free clip below to see what the team were up to on Saturday...

The thoughts of the Little Magician 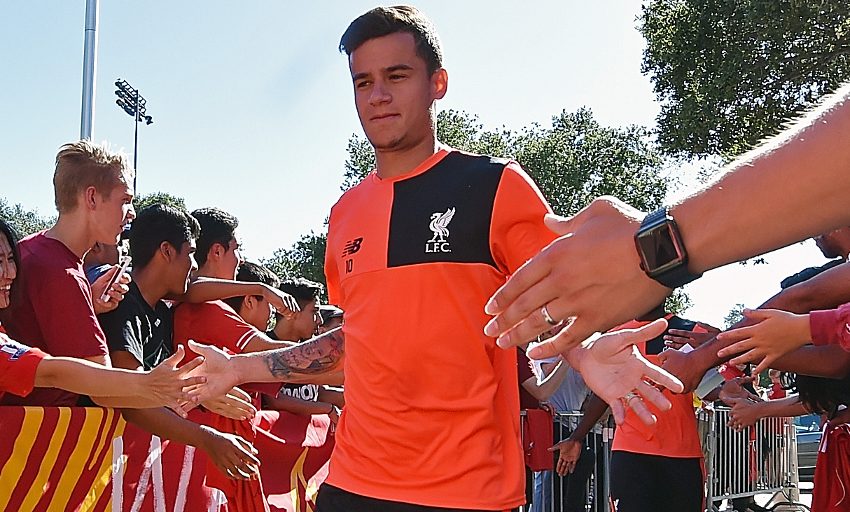 "He's too fast!" jokes Philippe Coutinho when asked about how he's found playing with Sadio Mane so far.

The No.10 sat down with Liverpoolfc.com for an exclusive interview at the team hotel in California over the weekend and chatted about the new additions to the squad.

He also spoke about his desire to improve and, interestingly, admitted he reviews video footage of his performances after matches to see where he could have done better.

You can read our chat with Coutinho in full now by clicking here.

One fan brought his dog, draped with a Liverpool flag, to training at Stanford University - and as our Tweet below shows, Mamadou Sakho was certainly impressed...

Roberto Firmino has been taking over our official Instagram account today - here's what he's been posting so far...

Andreas Kornmayer is now talking the lads through a series of stretches in the centre circle, while the goalkeepers are working on their kicking with John Achterberg.

There's more of a relaxed nature to today's session so far, with three separate groups currently running through passing drills. The boss is alongside Pepijn Lijnders, watching them work the ball at speed.

A couple of shots of the Reds arriving at Cagan Stadium... 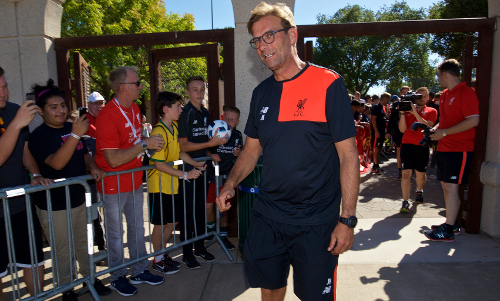 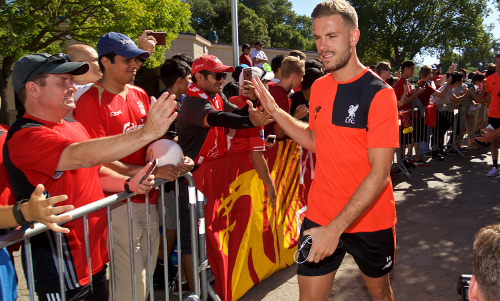 The players are now out on the pitch at Stanford and you will be able to see 30 minutes of the session live from 1am BST - just click play on the free stream below.

The Liverpool squad helped make the day of the fans gathered at open training on Saturday, posing for a string of selfies and penning their autograph for whoever asked. Check out more pictures here. 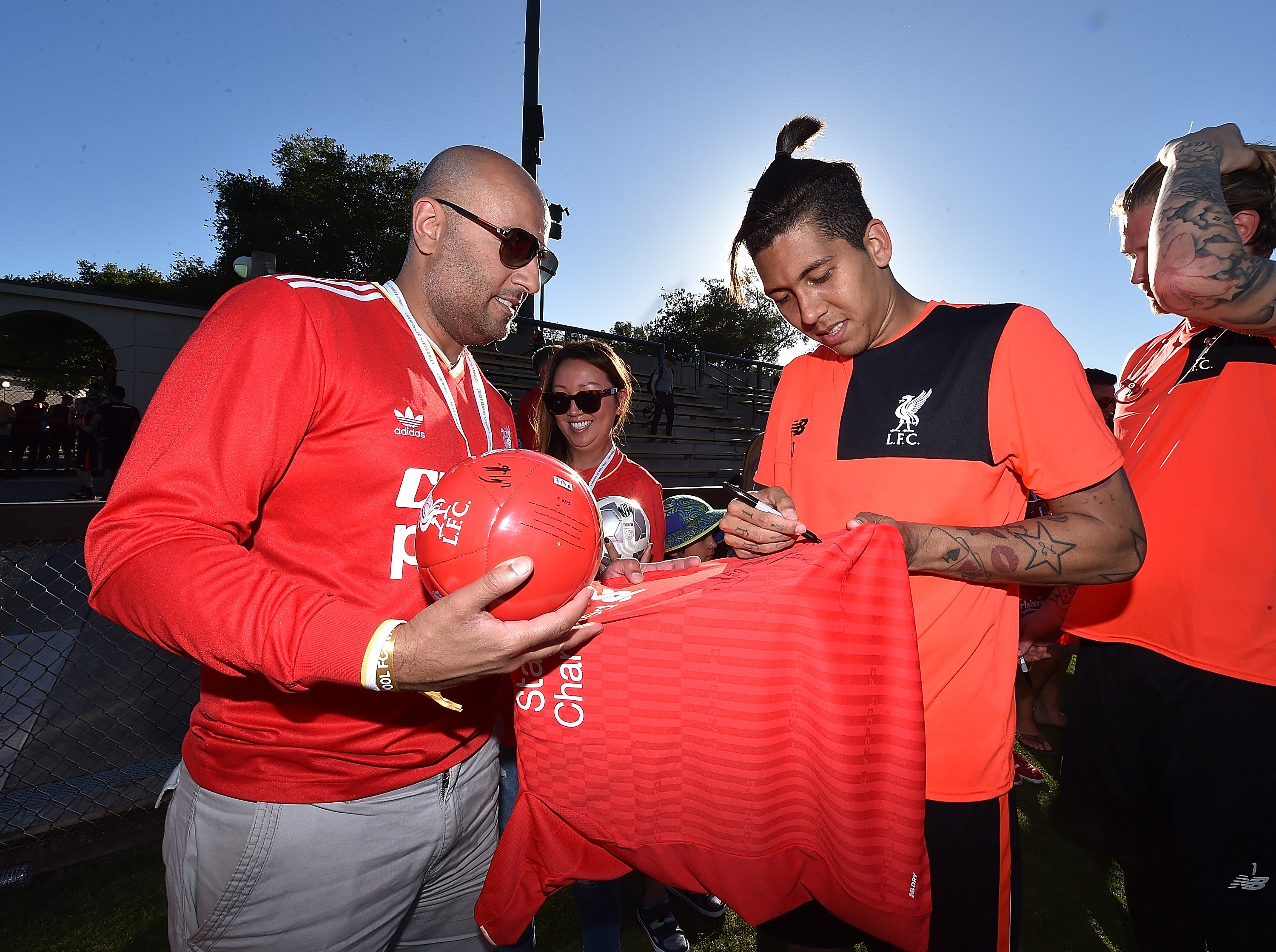 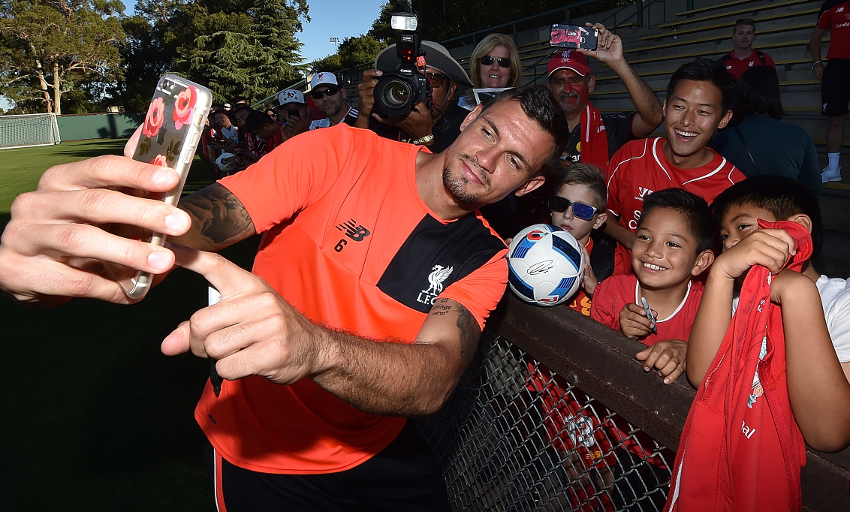 Here's a post-match snap of the two teams following the 1-1 draw between staff from Liverpool and Stanford University.

We can now confirm physio Ruben Pons grabbed the Reds' goal - and it was a Xabi Alonso-style effort from deep inside his own half that evaded both the goalkeeper and the run of teammate Richie Partridge.

Stanford protested the ball had not crossed the line; however, it was allowed to stand by the referee.

The hosts had earlier taken a first-half lead via a fine close-range finish that John Achterberg could do nothing to prevent, but it did come against the run of play with Liverpool well on top.

Jürgen Klopp began the game in attack before dropping firstly into defence and then moving into midfield in the second period.

The boss went close to scoring with a couple of efforts on goal in each half, while Pons tested the opposition 'keeper on several occasions.

That said, Liverpool did have analyst James French to thank for a magnificent defensive header at the death for ensuring the the scoreline remained at 1-1.

We should hopefully have some form of highlights package avalible to watch on the website later today, so stay tuned for details.

Live training at 1am BST

The Reds will host a second open training session at Stanford University later today and 30 minutes of the session will be available to watch for free on LFCTV GO. Don't miss it - click here to tune in from 1am BST.

It ends 1-1 between Liverpool's staff and Stanford University after an entertaining contest in high temperatures.

The Reds found themselves behind at the break despite having the better of the first half, while the hosts were improved after the break.

Nevertheless, the visitors grabbed a deserved equaliser in the final stages of the second period to claim a draw.

It's 1-1 here at Stanford as Liverpool's staff equalise with a remarkable goal.

A long ball forward aiming for Richie Partridge's run - from we think Ruben Pons - evades the physio but also the on-rushing goalkeeper and agonisingly rolls over the line to level up the scoreline!

We'll get clarification on the scorer, but what isn't in doubt is that the Reds are level.

Liverpool staff trail by one goal at half-time at Stanford in a half they've dominated.

The decisive effort came with 10 minutes of the opening period remaining when John Achterberg was beaten by a drilled strike across goal.

Ruben Pons has come closes on two occasions, while Jürgen Klopp had a close-range effort saved by the goalkeeper from a corner.

In the final moments, Richie Partridge had a shot saved by the goalkeeper when one-one-one.

The second half is underway.

First real chance of the game falls to Liverpool's staff as Pons curls an effort just over the crossbar from the corner of the box. Still goalless here at Stanford.

Jürgen Klopp starts up front for the Liverpool staff against Stanford University.

There are also places for John Achterberg in goal, Peter Krawietz in defence, and Pepijn Lijnders and Richie Partridge in midfield.

We're live at Stanford University where a team of Liverpool backroom members are taking on staff from the campus...

Of course it's not all just tour-related content here, we're also keeping an eye on things back home.

And it turns out that today marks a significant milestone in the redevelopment of the Main Stand at the home of Liverpool FC. 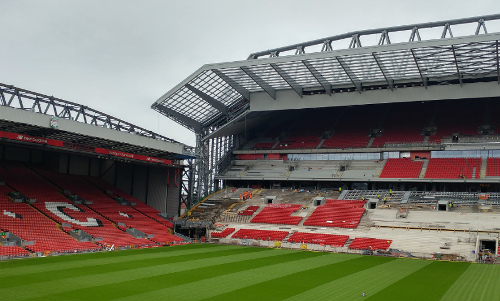 If your missed our free open training session stream last night then you can still watch the best bits back with LFCTV GO.

Click here to see highlights from another productive session for Jürgen Klopp and his squad.

And if you don't yet subscribe, find out how to do so at liverpoolfc.com/video.

Love that shot. Team spirit seems to be really high in the camp this summer.

📸 Spirits were high on day three of the #LFCtour... https://t.co/stMkhSWPDY

Simon Mignolet has returned to training with some unfamiliar faces awaiting him in new goalkeepers Loris Karius and Alex Manninger.

But the Belgian is as cool as ever about the additional competition for his place.

Read all about it here.

Last season was the biggest of Kevin Stewart's career at Liverpool thus far - but how well do you know the midfielder?

The free clip below should help!

While many of you slept back in the UK last night, Georginio Wijnaldum was arriving in the US to kickstart life as a Liverpool player.

He also met up with the gaffer! Have a look at our exclusive gallery of his arrival. 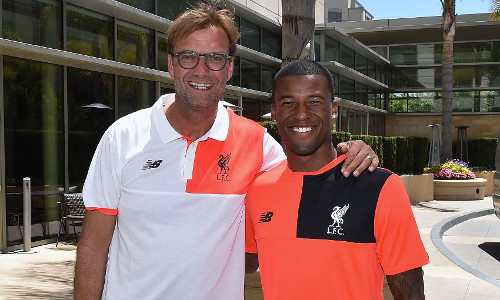 If you subscribe to LFCTV GO, you can watch Divock speaking to our cameras below...

Not a subscriber? Click here to find out more.

We were treated to the welcome sight of Divock Origi and his Belgian counterparts back in training at Stanford yesterday, and we took the opportunity to grab the striker for a quick chat afterwards.

He spoke on pre-season and two years as a Red - here's a little preview...

Origi said: "Before you come here, you don’t really know what it means but afterwards, I fell in love with the club."

We'll kick things off with the latest update from Danny Ings on how the pre-season tour of the United States is going for him.

The striker also speaks about meeting Georginio Wijnaldum for the first time, and the celebrations of his 24th birthday.

Greetings from the States

Hello and welcome to Liverpoolfc.com's live blog for day four of the Reds' tour of the United States.

We've had plenty happening here while you've been asleep back in the UK - so let's get cracking!