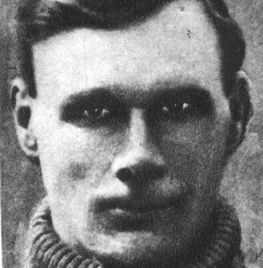 Hardy was one of the outstanding English goalkeepers of his time and won a League Championship medal at the end of his first season with the club, 1905-06, having replaced Ned Doig, who had been the club's number one for the opening eight fixtures of that year.

He remained first-choice at Anfield for another seven years before moving on to Aston Villa where he played until 1921 winning two FA cups.

Super fit Hardy joined Nottingham Forest at 38-years-old and played for further four years. He played for the full England team 21 times and made 551 league appearances for different clubs, 219 of which came during his spell with Liverpool.

"Safe and Steady Sam" didn't go for the spectacular, but made goalkeeping look easy. Legandary player and later co-founder of the Football Writers' Association, Charlie Buchan, had plenty of praise for Hardy's abilities: "Hardy, I consider the finest goalkeeper I played against. By uncanny anticipation and wonderful positional sense he seemed to act like a magnet to the ball. I never saw him dive full length to make a save. He advanced a yard or two and so narrowed the shooting angle that forwards usually sent the ball straight at him."