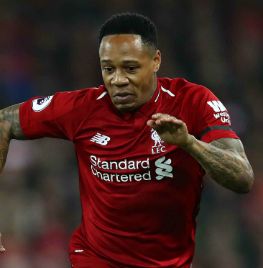 Nathaniel Clyne was an extremely dependable right-sided full-back that made 103 appearances for the club.

An England international, Clyne arrived at the club in the summer of 2015 from Southampton.

He would display his consistency and reliability in his first year at the club as he would go on to play 52 times throughout the 2015-16 campaign.

The defender netted his first goal for the Reds in October 2015, scoring the only goal of a League Cup tie with Bournemouth at Anfield.

It was a similar story in the following season as Clyne played all but one of Liverpool's Premier League fixtures, helping Jürgen Klopp's side secure Champions League qualification on the final day in 2017.

Unfortunately, though, injuries restricted the right-back to just 10 outings in his next three campaigns.

He did, however, bring up his century of Liverpool appearances when he started in a 3-1 victory over rivals Manchester United at Anfield in December 2018. He also joined Bournemouth on loan midway through 2018-19, making 15 appearances.

Clyne’s departure from Liverpool was confirmed in June 2020 and he left with the best wishes of everyone at the club.