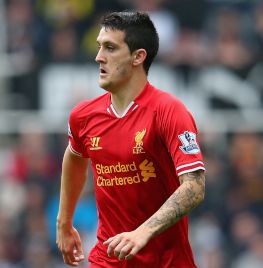 Luis Alberto joined Liverpool in 2013 as an exciting prospect for the future but was unable to break into the first team during his three years with the club.

The Spanish midfielder signed from Sevilla ahead of Brendan Rodgers' second season as manager, having starred for Barcelona's B team the previous term.

But Alberto made only 12 appearances in his first year as the Reds went agonisingly close to claiming the Premier League title and eventually finished second.

He subsequently returned to Spain on loan for two seasons, spending the duration of 2014-15 with Malaga and the following campaign at Deportivo La Coruna.

His next permanent move would be to Italy, however, with Luis sealing a switch to Serie A side Lazio on the final day of the 2016 summer transfer window.