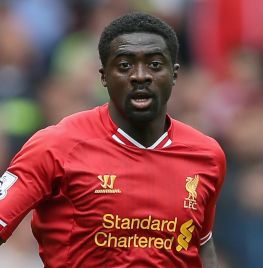 Kolo Toure became a hugely popular figure during his three-year spell with Liverpool and was desperately unlucky to leave the club without adding to his medal collection.

The hugely experienced centre-back had spent more than a decade in English football - representing both Arsenal and Manchester City in the Premier League - before moving to Anfield on a free transfer in the summer of 2013.

Seen as a timely arrival following the retirement of Reds legend Jamie Carragher months previously, Toure made his competitive debut in a 1-0 home victory over Stoke City.

That result was the beginning of an incredible season for Brendan Rodgers' team, who played an exhilarating style of football and came so close to claiming a long-awaited championship triumph.

The Ivorian defender featured in 20 league games as Liverpool ultimately finished second to Manchester City in the final standings and secured automatic qualification for the Champions League.

Toure's enthusiastic approach and committed nature on the pitch quickly endeared him to supporters and that popularity was present in the dressing room too.

2014-15 proved to be a more difficult season for the Reds, but there was deserved success for Kolo on the international stage as Ivory Coast lifted the Africa Cup of Nations trophy.

A contract extension signed at the end of the campaign meant the club could call on his services for at least another year, and it would be another eventful campaign.

There were limited opportunities for Toure in the early stages of the new season but his experience and reliability would soon be called upon by new manager Jürgen Klopp as injuries struck the squad.

Having started both legs of the League Cup semi-final win over Stoke, Kolo was introduced 25 minutes into the Wembley showpiece against former club City - but it ended in disappointment on penalties.

A similar scenario unfolded in the Europa League as the Reds sought silverware, with the defender part of the side to see off Villarreal over two legs in the last four.

Toure was named in the XI to face another Spanish outfit, Sevilla, in the final in Basel and was considered by many to be the team's most impressive performer on the night, but it meant little given the 3-1 defeat.

It was his last appearance for the club - with his contract expiring the following month - and the popular character departed Anfield having left a lasting impression on his colleagues and the supporters.