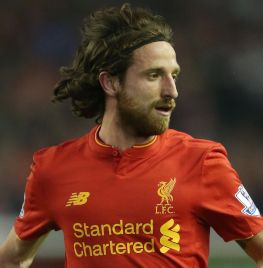 Joe Allen was unable to cement a regular spot in the Liverpool team during his four years at Anfield despite his technical ability with the ball and model approach to the game.

The Wales international had been among the first players signed by Brendan Rodgers after his appointment as Reds manager in the summer of 2012.

It was a reunion for the pair, with Allen having thrived under the Northern Irishman at Swansea City as the Welsh club won promotion to the Premier League and earned huge plaudits for their football once in the top flight.

The midfielder's economical use of possession and eye for a pass appeared to make him a natural fit for Liverpool and he impressed in the opening weeks of the 2012-13 season as the Rodgers era began.

Allen made 37 appearances in all competitions in his maiden campaign on Merseyside, scoring twice - against Oldham Athletic and Zenit St. Petersburg.

The following season was almost an historic one for the Reds and Joe was a key member of the squad - featuring in 24 league matches - as Rodgers' charges came so close to winning the title and secured qualification for the Champions League.

2014-15 would prove a much more testing year all round, though, as Liverpool struggled to recreate the incredible highs of the previous season.

Injuries were regularly a hindrance to Allen, preventing the midfielder from stringing a lengthy run of games together and simultaneously building up the sharpness to produce his best form.

There were sparks throughout his final year and as well as a dramatic Kop-end equaliser in a 3-3 draw with Arsenal, the No.24 was the penalty shootout hero when Stoke City were beaten to book a place in the League Cup final at Wembley.

But the midfielder was on the bench for the showpiece and for most of the team's journey to the Europa League final too, where he played 17 minutes of the defeat against Sevilla.

Joe was a star performer for his country at Euro 2016 as Wales reached the semi-finals with a thrilling run in France - and he was subsequently included in the Team of the Tournament.

He would not return to Anfield, however. Strong competition for places meant the club was willing to listen to offers for Allen, and it was Stoke who claimed his signature in time for the new season.