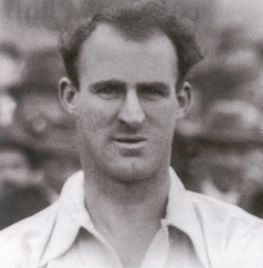 Right-back Ephraim Longworth is one of the most consistent defenders Liverpool have ever had on their books and his career at Anfield from start to finish spanned a remarkable 18 years.

Had the First World War not taken away so much of his professional career, he would certainly have played in over 500 Football league and FA Cup matches for the club he served so loyally for so long.

One of only a handful of Liverpool players to ever captain his country, Ephraim's composed style of play meant that his position at right-back was rarely threatened during his early years on Merseyside.

He played in the FA Cup final against Burnley in 1914 and would continue to be a key member of the team for several seasons after the war, winning League Championship medals in both 1922 and 1923.

Longworth played for England five times but remarkably, considering the number of matches he played, he never scored a single goal for the Reds during his lengthy association with the club.

Ephraim's final selection for a Liverpool first-team, at Birmingham on 21 April, 1928, came over 17 and a half years after he had been handed his debut in an away match at Bramall Lane, Sheffield on 19 September, 1910.

Longworth joined the coaching staff at Liverpool following his retirement as a player.