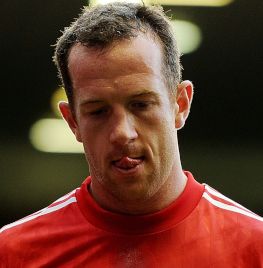 Charlie Adam spent just over a year with Liverpool during Kenny Dalglish's second stint as manager.

The midfielder moved to Anfield in the summer of 2011 following an inspired season with newly-promoted Blackpool.

That campaign saw him earn a nomination for PFA Player of the Year, while his goals tally included a penalty in front of the Kop as the Seasiders clinched a 2-1 success over the Reds in October 2010.

Dalglish had in fact wanted Adam six months prior to his arrival but could not make it happen before the January transfer window closed.

Instead the Scotland international – who started his career at Rangers – joined up ahead of the 2011-12 season.

His Reds bow came against Sunderland on August 13 and Adam would go on to make 35 appearances, scoring twice – against Bolton Wanderers and West Bromwich Albion – before a knee injury sustained at Loftus Road in March ruled him out for the remainder of the campaign.

At least he had a medal to ease the pain, having starred in our Carling Cup winning run, his penalty miss in the Wembley shootout against Cardiff City proving inconsequential.

Sadly for the Scot, he would make just two more competitive appearances following the departure of Dalglish.

Adam was sold to Stoke City soon after the arrival of new boss Brendan Rodgers in 2012.