The FA Women’s Championships season started on Sunday, September 6 2020. In line with government guidelines all matches were initially played behind closed doors.

With restrictions under constant review, Liverpool city region was placed into Tier 2 in mid November which meant we were able to welcome back a limited number of supporters for our game against Crystal Palace in December.

We worked closely with our partners at Tranmere Rovers to put in place a robust plan in line with government guidance to prioritise the safety of the local community, supporters, staff, players and emergency services.

However, from 31st of December the government review has put the region back into Tier 3 and with immediate effect all home matches will return to be played behind closed doors.  Subsequently, following a government announcement on 4th of January, England was placed in a national lockdown.

By following government and public health guidance, supporters can play their part to keep friends, family and the local community safe.

Why are matches being played behind closed doors?

The government is using a 5-stage framework for the phased return of elite sport. Season 2020/2021 has started with games played behind closed doors under Stage 3. This allows for domestic matches to be played, providing access is restricted to ‘individuals with essential functional roles.’

Supporters are not permitted and will not return until medical advice and government legislation allows them to do so.

Will supporters be able to attend matches in the 2020/21 season?

Guidance in relation to the safe return of supporters to Prenton Park is constantly under review. We have been one of the very few teams to briefly welcome back limited supporters during the 2020/21 season.

As guidelines change Liverpool FC Women are working closely with Tranmere Rovers and The Sports Grounds Safety Authority to make sure we have a fully developed plan in place to bring supporters safely back to Prenton Park as soon as we are permitted to do so.

Where can I watch the game?

A number of LFC Women matches will be selected for live broadcast on the online FA Player. Register and watch for free here https://faplayer.thefa.com/home/womens-championship

Highlights of LFC Women games will also be available on the FA Player the day after a match.

LFCTV is entitled to broadcast a small number of LFC Women games live and on LFCTV GO – you can find their schedule here https://www.liverpoolfc.com/lfctv/sky.

Highlights of all LFC Women games will also be shown on LFCTV and on club social media channels in the days following the fixture.

The monthly Women’s Show on LFCTV brings you up to date with all the news about the team.

There will also be regular updates on all the Club social media channels including:

Will match day programmes be available to purchase?

The matchday programme is not being produced currently but will return when fans come back to the stadium.

Everyone at Liverpool FC Women would like to thank our supporters for continuing to support us safely.

That means staying away from Prenton Park on matchdays until it is safe for fans to return.

You can keep in touch with manager Vicky Jepson and the team on our Club social media where we will post messages, pictures and news updates from the team.

The team will continue to love hearing from you during this period even though they cannot take part in the post-match autograph and selfie sessions which are so loved by fans and players alike.

We will post any changes in the regulations for supporters in this hub and on other Club social media.

As and when supporters are allowed to return to Prenton Park, we will issue detailed advice on how to buy tickets.

For now though, SUPPORT US SAFELY 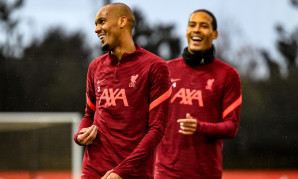 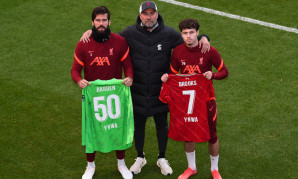 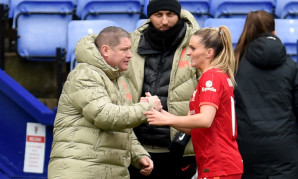